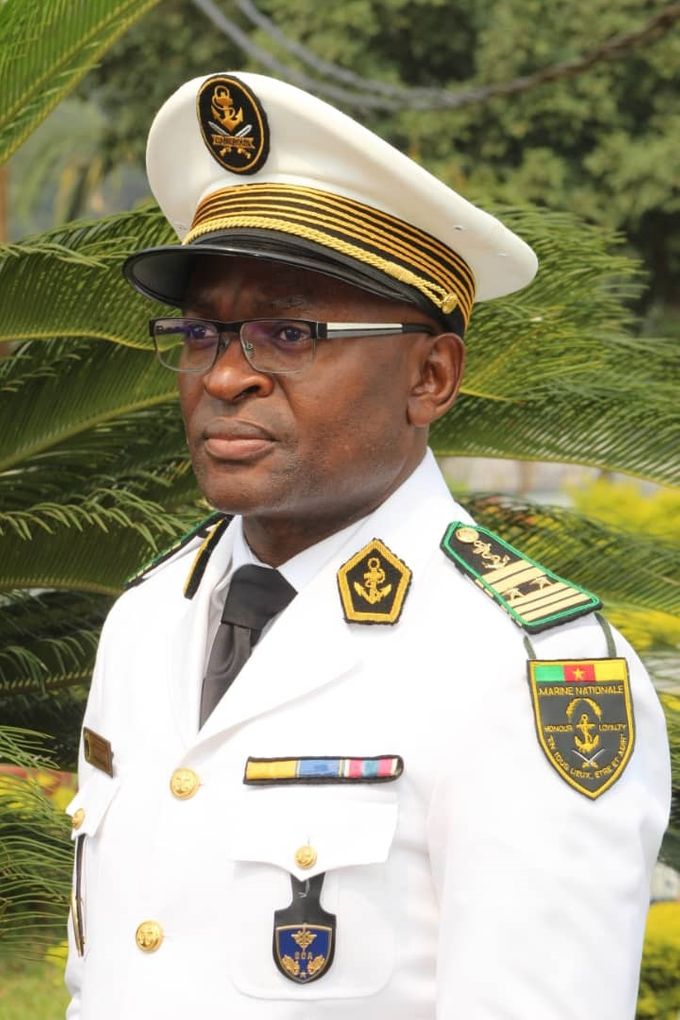 January 9, 2022, kick off of the 33rd edition of the African Cup of Nations will kick off. A sporting event that will have the gift of putting Cameroon in the spotlight of all attention, just as our country will be the point of ignition of the uproars that will grow millions of fans across the planet.

On the playing grounds of Yaounde, Douala, Bafoussam, Limbe and Garoua, the 24 national teams competing will contend in cohesion, skill and power with the sole aim of conquering the trophy of all desires, this after hard-won qualifying stages. Hard fight, as will have been the conquest by Cameroon of the right to organize this 33rd edition of the AFCON. Our country must have triumphed sometimes against regular opposition, sometimes over much more devious rivalries.

Thus embarked on the diplomacy of sport, an eminently geopolitical activity that in reality contains none of the virtues recognised in sporting ethics, it is by dint of obstinacy, tenacity and persuasiveness that the candidacy our country will overcome the obstacles and objections often brandished by applicants with much less impressive pedigrees.

The reason for this outcry is the unprecedented nature of this edition of the African Cup of Nations, which will be contested by 24 teams, implying the mobilisation of a set of financial and infrastructural resources of such a high cost that would be beyond the reach of most sub-Saharan African nations for the moment.

In addition, played in the midst of a period of health stress linked to the COVID-19 pandemic, this tournament is likely to have a considerable impact on the nature of future decisions, regarding the viability and periodicity of African continental competitions to be inserted into the international calendar.

At a time as everyone can see of the lobbying, financialization and excessive media coverage of sporting activities, the competition that Cameroon will be hosting is considered a probationary examination of African capacities in terms of organizing world-class sports events.

It is therefore, intended to run smoothly, for the slightest trifle is likely to be recuperated, amplified, distorted and generalized, as being symptomatic of our incompetence.

It is indeed in the interest of certain parties to nip in the bud any African ambitions in terms of positioning in the field of sport, but not only. 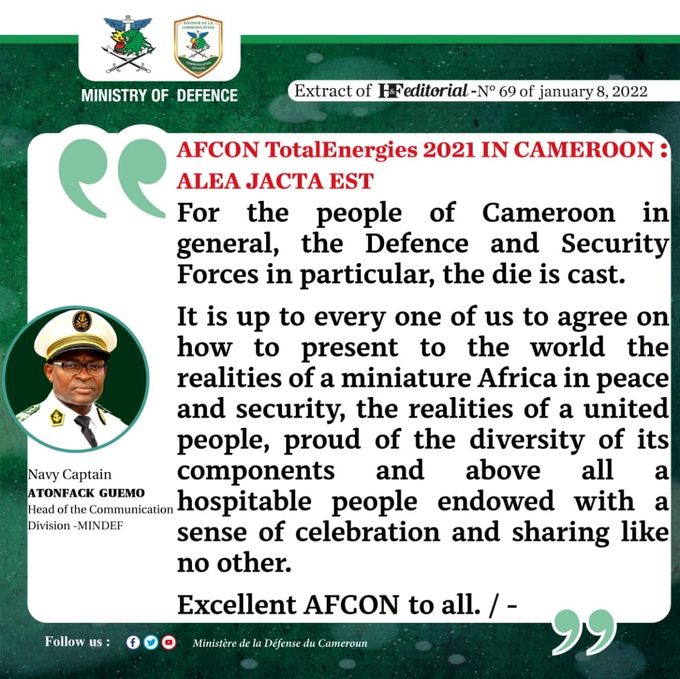 For the people of Cameroon in general, the Defence and Security Forces in particular, the die is cast.

It is up to every one of us to agree on how to present to the world the realities of a miniature Africa in peace and security, the realities of a united people, proud of the diversity of its components and above all a hospitable people endowed with a sense of celebration and sharing like no other.

Also on the evening of Sunday February 6, when the lanterns of the 33rd edition of the African Cup of Nations goes out, auditors and contemplators will say of Cameroon : she did it.

Excellent AFCON to all. / - 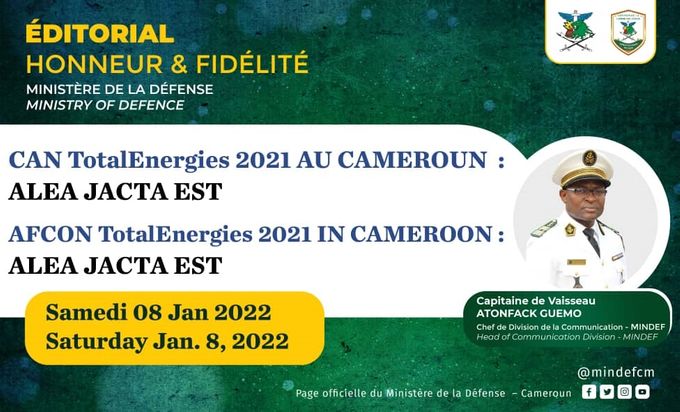